And this tiny black cat with big green eyes that practically took up half his entire face, just barely fitting into the filmer’s hand, kicking and struggling to get free.

The first thought in my head was, “I need this cat.”

Growing up, I was surrounded by dogs. It seemed that my grandfather had no less than four or five dogs at once every time I flew home to visit. Even my own already-big family had gone from two dogs to five to eight at one point in just four years. Despite a short-lived fear of dogs in my early childhood, the sheer exposure to so many of them quickly turned me into a dog person.

I had very little experience with cats– my relatives had one or two that I can barely remember now; stray cats were a mixed bag of friendly, skittish and downright scary; and in more recent years, my friends had a cute little Siamese named Ace who was perfectly behaved, but didn’t seem to care much for me whenever I was around.

When those friends suddenly found themselves with two kittens, I seriously considered adopting them. While those plans ultimately fell through, the seed had been planted, and suddenly I was thinking more and more of getting a cat. Cue months of research.

Of course, being that cats are the internet’s favorite thing, I already knew that they were independent, hilarious animals that were just as lovable as any dog. 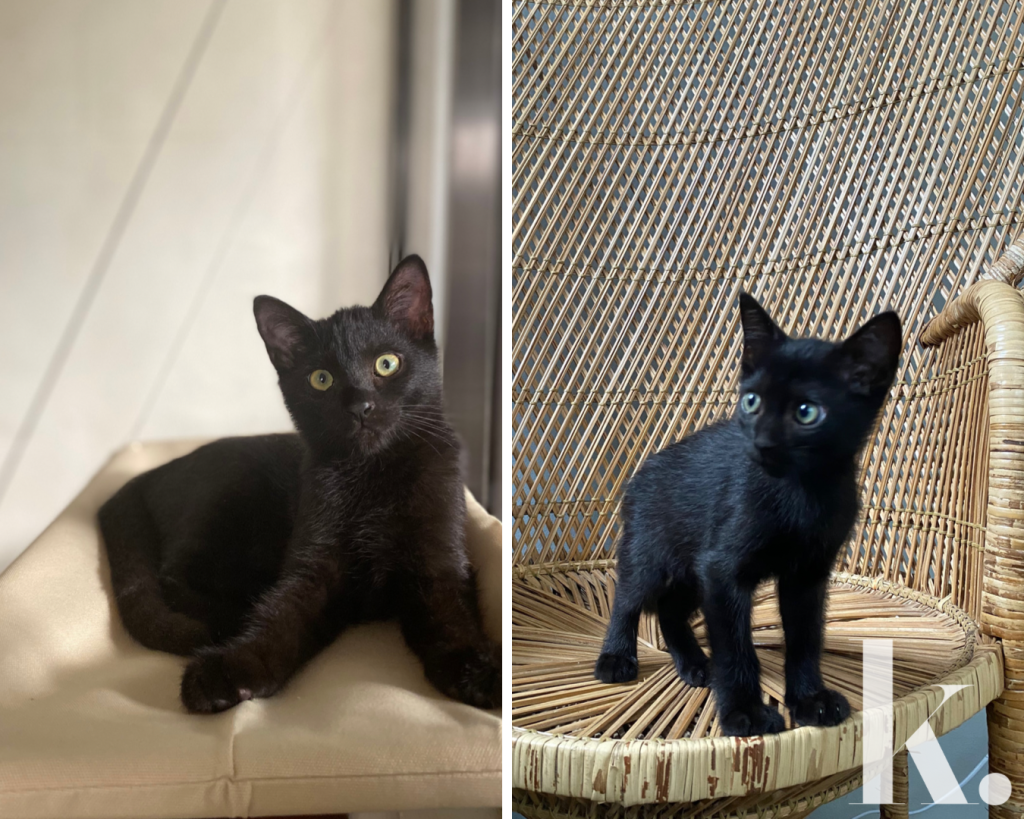 It should go without saying, but I will anyway: all cats are different. In fact, all animals are different, despite some looking more alike than others.

In the months since I first got my cat, I’ve already learned and encountered the countless ways that they differ from dogs. It’s been a fascinating experience, and one that I think any longtime dog lover should go through, should they decide they want to.

The litter box is both the best and worst thing about having a cat. For one thing, cleaning it might become your least favorite part of the day. There’s nothing that you’ll dread more than hearing your little baby digging through his litter, and knowing you have a nice new steaming surprise to clean up. (Of course, it can be a sound to rejoice at, especially when your kitty’s been a little backed up. As a few cat forums have mentioned, we celebrate poop sometimes!)

And that’s not even counting the way they’ll track litter all over the floor, just as a little extra “F you” early in the morning, though that’s easily remedied with special mats to catch any stragglers.

But as tedious as it can be to clean it out once or twice a day, consider that your cat’s actually doing you a favor— at least he’s doing all his business in one place and not all over your house or backyard, which is still the case for many of the dogs in my life.

Cats are more agile than dogs, regardless of breed or size of either one. They’ve just evolved that way, with the house cat’s solitary ancestors silently prowling and climbing trees to stalk their prey. Dogs on the other hand, hail from wolves, who were known to rely on endurance and the rest of the pack when hunting— not much of an evolutionary edge in developing a sneaky skill set.

While your dog might hop on your couch or bed (whether or not they’re allowed to), cats will look for much higher places to get a lay of the strange land that is your house. Windowsills, tables, countertops, cabinets, bathroom sinks— your cat will go wherever he pleases, and show you some amazing acrobatic skills when he does.

Dogs will usually take your cue for bedtime. Cats on the other hand, have a more particular body clock, preferring to spread out their sleep in eponymous ‘cat naps’ throughout the day.

These little monsters are crepuscular — another evolutionary remnant from their wild ancestors — which means they’re more active at dawn and dusk. The first few weeks of having my cat meant waking up at ungodly hours in the night, to a little kitten that wanted to play, or eat, or just scream in my ear for no other discernible reason other than spite.

Fortunately, since cats love routine, if you keep them active enough during the day and set a regular bedtime, these late-night wake up calls should happen less often.

A tail wag is one of the cutest things about a dog, and one of the more encouraging signals that a dog likes you and wants to play.

With cat tails, it’s less of a wag, and more of a mysterious, ominous swish, which can mean a multitude of things. Sometimes it means they like you and want to play. Sometimes it can be a warning: “Leave me alone, or I’ll scratch your face off.”

One of the big differences in dog and cat languages. Better to play it safe and not get lost in translation— don’t rile up a cat when it’s swishing its tail.

While your dog might happily roll around in mud, knowing that you’d have to do all the work cleaning him up, cats are known to be much more fastidious when it comes to cleanliness.

Self-grooming takes up a good amount of a cat’s time— it’s definitely a plus, but can also lead to hairballs, and has the added effect of making it harder to give your cat a bath.

Think of it like a magic trick. You trap yourself in a closed bathroom with your cat, and end up with a wet bag of furry knives bouncing off the tiles and onto you.

The earlier you get your cat used to taking baths, the easier it’ll be, but you should still prepare for a few scratches here and there in case your kitty gets a little too dirty for him to be able to clean himself off.

My cat can be a cuddly boy, but he can also be a little nightmare fueled by spite. He’ll wake me up at 6 AM with cries for food, and when I don’t get up right away, sharp teeth digging into my face. He’ll wail like a baby if I step out of the house for a few minutes, but run out of my arms when I try to give him a hug.

Having been a dog lover my whole life, I think getting to know my cat has been an exercise in patience— and not just the typical patience you need to practice with any pet, but a patience with myself as well. The kind of patience it takes to know and understand a creature that you can’t directly relate to or communicate with. I’ve had years and years of getting to know dogs, and I belatedly realized that I had begun to anthropomorphize them in such a way that I just connected with them as if they were tiny, furry humans.

Ironically, even if some people say cats are more like humans, in that they’re moody, need their alone time, and can take care of themselves, I never forget my cat is a cat. Learning to love and care for him in a way that I know he can at least partly understand has been one way I’ve had to better myself. And in all honesty, it’s become a pillar in my personal relationships with other people as well. We never know what’s going on in another creature’s head, but we can change our approach to them based on how they act and react to us.

It’s a unique experience that I learn something new from every day, in many different ways. And even if I’ll always love dogs, I’ve found there’s a special kind of fulfillment in raising a cat.

Tags:
Cats
Newer Underrated Handbags That’ll Last You A Lifetime
Back to list
Older These Local Restaurants Will Make Your Mouth Water