When news spread that 28-year-old content creator Vernica Enciso was getting married to her then-long-term boyfriend, Ben Lim, many people—about half a million, actually, if we’re looking at Vern’s huge following on her Instagram—probably wondered, would they be settling down in Manila or Cebu?

It came as a bit of a surprise when the couple chose the latter city. The two maintained a long-distance relationship throughout their dating years, with both parties flying over to the other’s respective cities as much as they could. A handful of people thought that they would settle down in Manila, considering how Vern built her career and connections in the capital for the past 10 years. However, Ben shares that settling down in Cebu was really the plan.

“I couldn’t move to Manila because my work is here,” Ben says. The 34-year-old is a businessman and a scion of Rose Pharmacy, a highly successful Cebu-based drugstore. “Thank God she agreed to it.”

The couple met at a Sinulog party in Barcode, previously one of Cebu’s go-to spots for a fun night with friends and drinks—and Ben’s business venture with six friends, in 2014. An interesting thing to note is that Vern didn’t expect to be marrying the man persistently asking for her number until 2 AM. 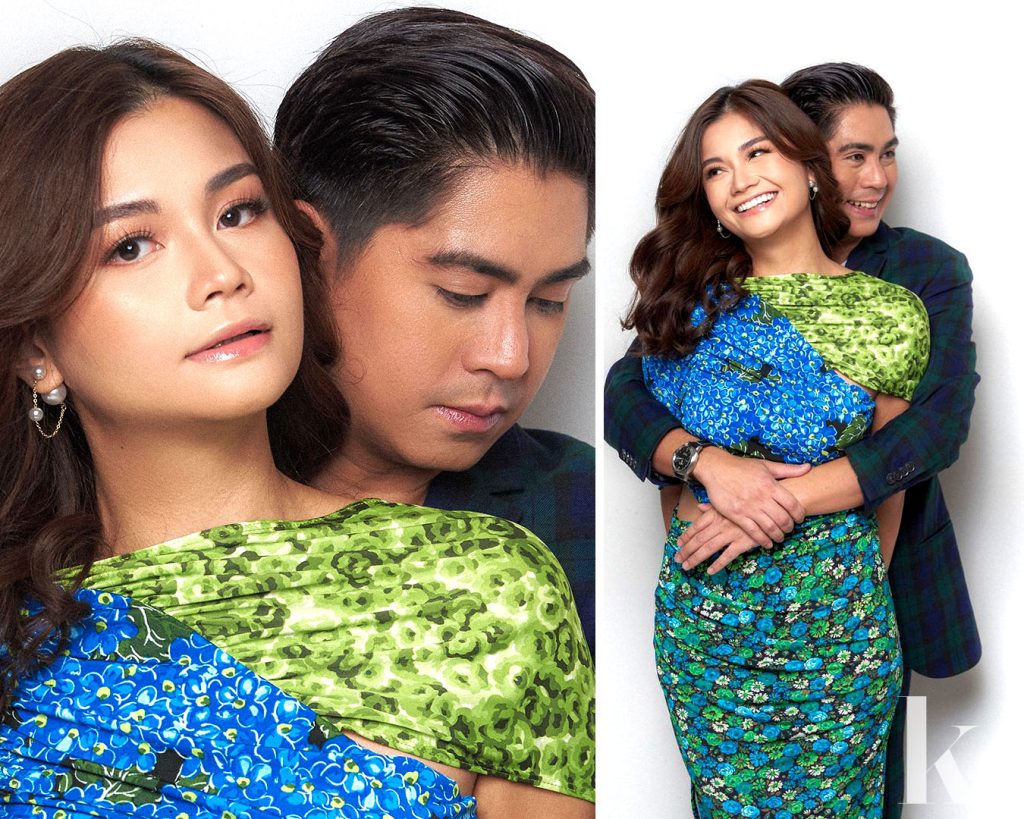 On Ben and Vern, stylist’s own.

“Definitely one of the last places I expected to meet my future husband!” Vern exclaims.

The memory of their first meeting is a fun one to look back on. Vern had sworn to her sister Verniece that she wouldn’t be marrying a party boy, but the plot twist is that years later, she ended up marrying the owner of the club.

The couple has been together for nearly eight years, seven of which were spent dating. While long-distance relationships tend to have the stigma of not being able to withstand the challenges that come with them, the couple proved that it takes careful effort and meeting each other halfway to make it work.

Sometimes, it was literally halfway.

“We’re very lucky that we both allowed each other to flourish in each other’s fields and gave each other space for our personal time.” – Vern

If schedule permitted, Vern would be in Cebu every two weeks while Ben would try to fly to Manila twice or thrice a month. They would also meet wherever Vern had to be for work. She shares that while they weren’t able to do what most couples could on a daily basis, it didn’t hinder them from being happy with the relationship.

“We’re very lucky that we both allowed each other to flourish in each other’s fields and gave each other space for our personal time,” she says.

When the COVID-19 pandemic hit, Vern flew to Cebu in hopes of escaping the alarmingly quick rise of cases in the capital. What she didn’t expect was having to brave through several lockdowns with Ben and his family on the sunny island, and coming out of it as a married woman.

“I’m lucky that the Cebuanos adopted me as one of their own even if I’ve only been here for almost two years,” she shares. “The people who made it so much easier for me were Ben’s family. They treated me like one of them since day one so it wasn’t hard to adjust. I’m very lucky!”

“The pandemic reminded us how short life is and if you want to do something, better do it now,” Ben says. “It even made us realize that we wanted to get married!”

“If you keep waiting for the right time, it might never happen,” he adds. 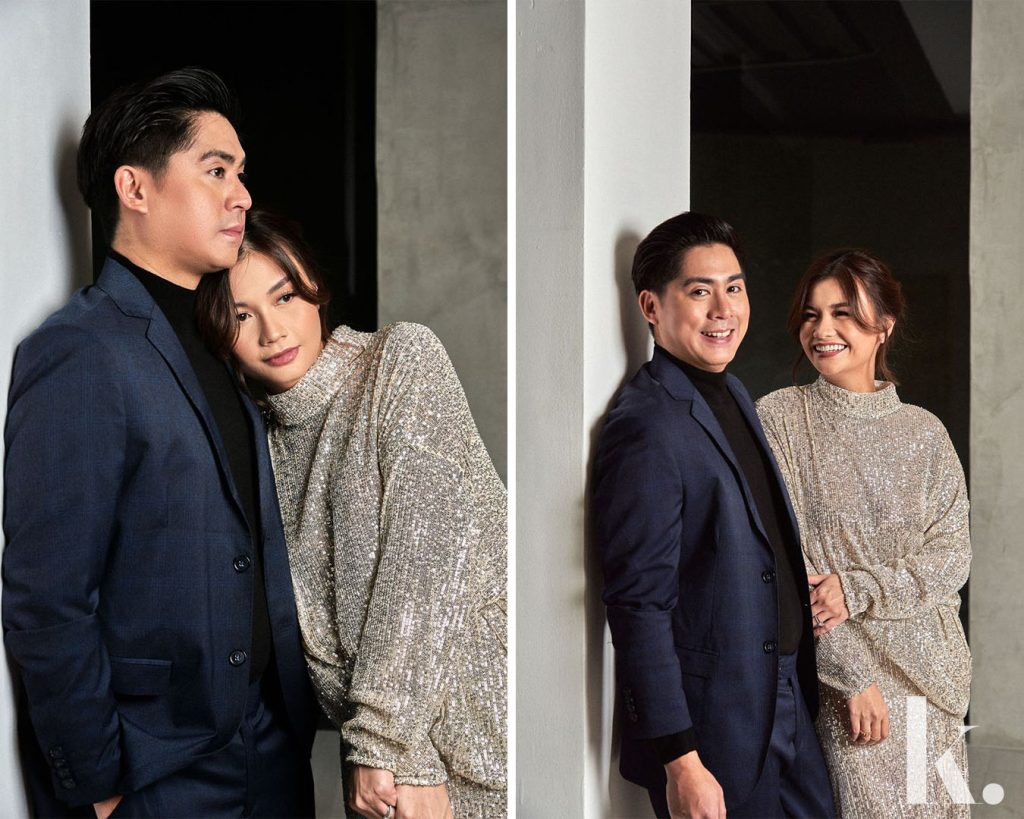 Marriage and Change of Pace

When they got married in January this year, Vern revealed that Ben accomplished nine out of the 10 things on her checklist of the man she wanted to marry. The last item on the checklist is about being a good father, but the couple is keen on entertaining the idea of children at their own pace.

“He wasn’t packaged the way I expected him to be,” she shares.

Ben, on the other hand, shares that he didn’t have a checklist. “I just wanted to be with someone I am comfortable and [I could] have fun with,” he says. “Someone with whom I can be myself.”

Living as a married couple in Cebu is a great experience for the two. For Vern, who was so used to jet-setting and coming back to a bustling metro before flying again, Cebu helped her attain a balanced lifestyle.

“It’s much slower, but I like this pace,” she says. “It definitely helped with my anxiety. Other than food and shopping options, there’s not much of a difference.”

With the two of them together 24/7, a huge change from their long-distance relationship, the pandemic ended up bringing them so much closer.

Making Time For Each Other

“Now, we finally got to know each other better,” they share. “We have a routine which we used to never have and [we] adjusted faster because we were forced to spend this much time together.”

“We have our bad days just like any other couple, but it’s true that when you marry the right person, marriage makes you bloom and helps you become a better version of yourself,” she admits.

“[It’s] easier when you marry the right person!” Ben adds.

While the couple is together 24/7, they’re also giving each other space to do their own things. 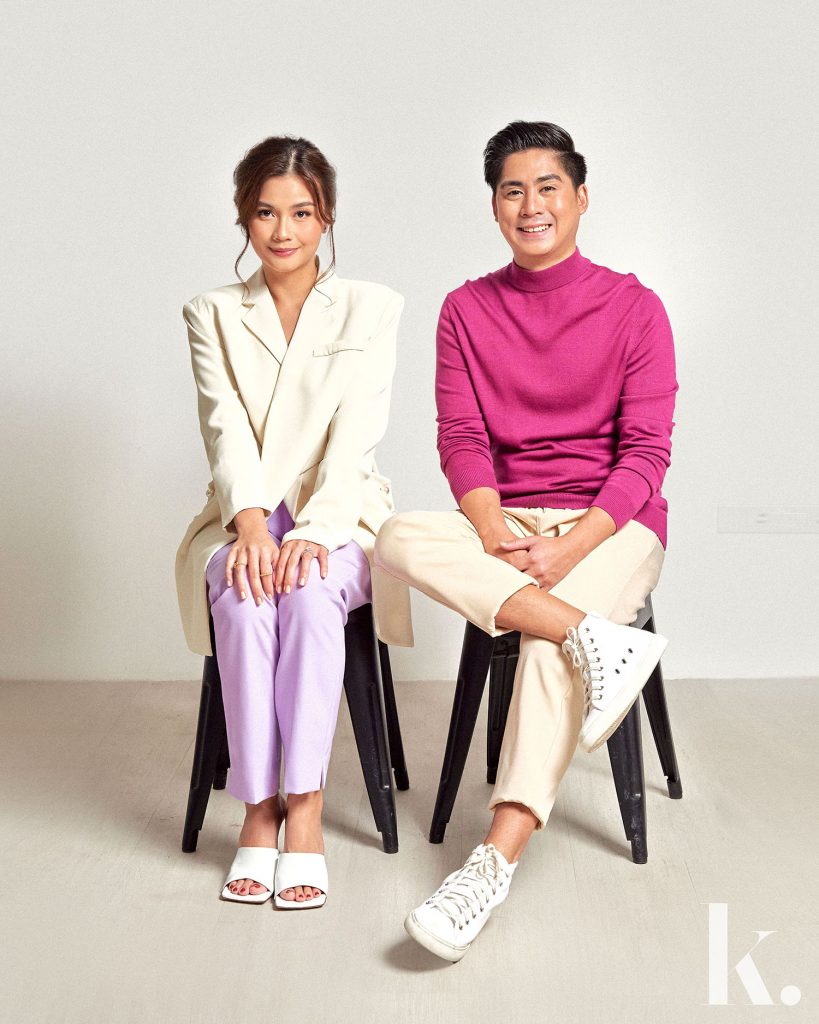 “Living together can sometimes get tricky because you can be together 24/7, but not have the quality time a couple needs to keep a relationship happy and healthy,” they share.

The couple admits that sometimes they fail at this, so they take time to have date nights at home or cook together. “We also do staycations in Mactan to make sure we get to have quality time.”

Currently, Vern and Ben are planning their church wedding. They recently attended a Pre-Cana seminar, one that they think would have been awkward if they hadn’t lived together prior to getting married.

“There were a lot of questions about sex, in-laws, and finances that would force a lot of couples to open up,” Vern shares. “It was very enlightening.”

What’s next for Mr. and Mrs. Lim? A business venture managed by husband and wife.

“We’re building an Airbnb in Asturias, Cebu,” she shares. “We’ll be giving more updates about it soon!”

Gia Mayola likes telling stories. Her day isn’t complete without having a cup (or two) of coffee. While she is an introvert, she enjoys having meaningful conversations for hours on end with people who pique her interest. In her spare time, she can be found in the kitchen experimenting on food and drinks. She likes trying new things and hunting for the best food spots in town. She dreams of spending her nights by the fire in a cozy mountain home, surrounded by her cats and with a warm cup of freshly-brewed coffee. For now, she’s content with enjoying the road towards this goal. View all posts by Gia Mayola →

Tags:
Vern Enciso
Newer Does Focus Music Really Help You Do Just That?
Back to list
Older Here’s a “Pawsome” treat for Halloween