A street as historical Colon, it surely has a chock-full of stories, and we as Cebuanos each have our own, funny or otherwise. One thing is certain, they’re pretty memorable.

Singer-songwriter Jerika Teodorico shares her own experiences of the iconic street in song form with her latest single Downtown Disco, depicting the street that’s brimming with color and character.

Jerika shares the story behind the song, and its message that will make us want to dance our troubles away.

Monica: Congratulations on your new single! How does it feel finally releasing this song?

Jerika: Excited, but most of all, RELIEVED! I’ve been keeping this track to myself and between a few friends, but karon na it’s out, mora ko’g nakaginhawa. Like, ‘yay finally, here’s something for you, guys. Now, let me go back to my other songs so I can finish my album.’

But I find myself looking forward to schedules related to recording stuff for my album, because the work doesn’t feel like work at all. It’s a brief reprieve from the nightly existential dread I subject myself to.

Monica: For the benefit of the readers, what is the song all about?

Jerika: At its core, Downtown Disco is about dancing your worries away. While the stories in the verses are set in Colon, and the characters are also from Colon, the key message is that, despite sa atong mga gipang problema karon—love life, trabaho, or utang—we have no choice but to go with the flow. Ang atong kaguol, ato na lang usang isayaw.

Monica: What inspired you to create this song?

Jerika: My daily commutes to and from Colon sukad pag high school until college. I studied at Cebu Normal University at that time, and didto ko tig sakayan to go home. The characters I talk about in Downtown Disco were inspired by the people nga ako masugatan. Like, literally.

One time, nakasugat jud ko’g snatcher, and he even approached me, peddling a gold necklace (which I presume kay iya tong kinawat). That guy inspired the first character (katong “akong amahan” nga “nasakpan sa Gaisano Main”) that I sing about in Downtown. 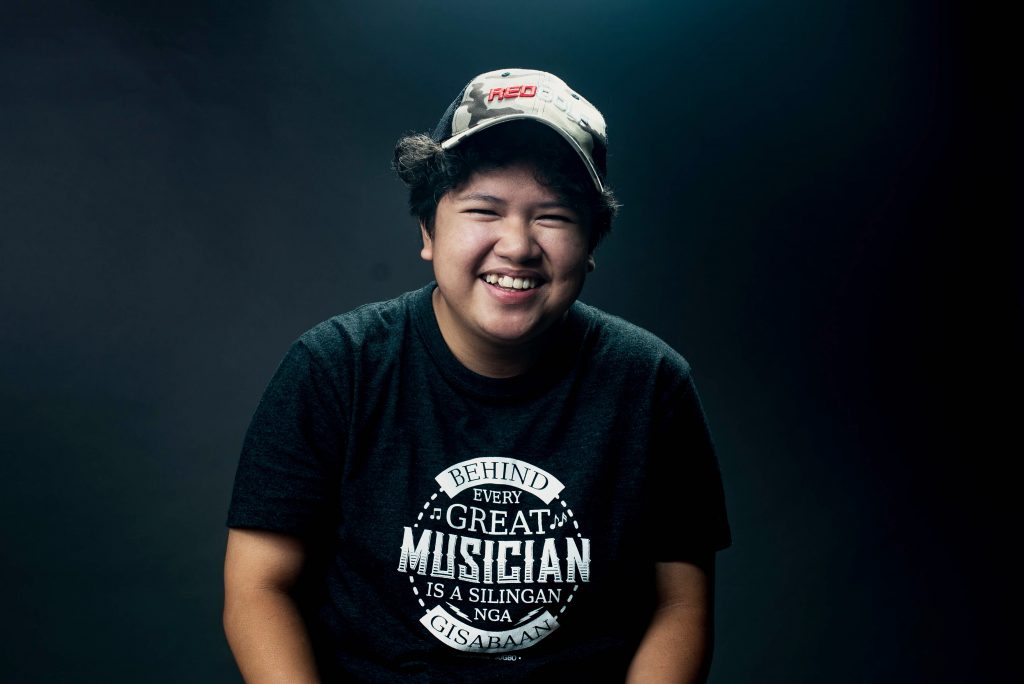 Monica: We heard that it’s the love child of your two songwriting goals: to write a song with the word “Downtown” in the title, and to release a track that’s reminiscent of your all-time favorite song Dancing Queen, by ABBA. Can you tell us the story behind these goals?

Jerika: Kanang “Downtown” gadumot ko ana nga ibutang og title because I’ve always been fascinated about Colon being the busiest place in the city. Nga literal jud siya nga downtown and everybody is on the move, mga manarbahoay, mga tindera, mga studyante (like me when I wrote this song), mga manlimos, mga snatcher.

So then the word “Disco” came to me, ‘coz around the same time, I was obsessing over my childhood songs. The energy that Dancing Queen exudes kay unparalleled jud. Kung kantahon, nindot. Kung sayawon nindot. For me it’s the standard disco track, so I just made it a point nga kung magsuwat na man lang gani ko’g disco nga kanta, kanang parehas na lang og feels sa Dancing Queen.

Monica: What is it about the song that will make listeners be reminded that it’s an ABBA homage, while also thinking that it’s truly a Jerika track?

Jerika: So alegre ni siya kay daghan modifications to the arrangement that turned it into more of an 80s track. But it’s the tempo, the basic tug-tug-tug sa kick (drum), the pianos, and the thematic similarities between “You can dance, you can jive, having the time of your life” and “Tanan ning suliran ta, i-Downtown Disco da.”

Both songs are about letting go and letting yourself be, and I think that’s beautiful.

Monica: Apart from ABBA, who are your other favorite singers/songwriters?

Monica: What would you want your listeners to feel as they listen to the song?

Jerika: I hope Downtown Disco puts them in a celebratory mood. The same way Dancing Queen has always made me feel since I first saw my Mommy sing that song sa videoke. Matakdan kag kanta ug sayaw.

At its core, Downtown Disco is about dancing your worries away.

Monica: As an artist, given the pandemic, how do you stay inspired?

Jerika: I’m taking a break from songwriting right now, but nagsige ko’g practice playing the electric guitar because I’ve been listening more to funk bands. I guess this is me staying inspired and nag-pondo pod ko’g material (chord progressions, riffs, anything musical) for my next project.

Also, I keep busy with memes. I can’t ever lose my sense of humor, labi na rong panahona, ‘coz comedy has always been an integral part of my writing pod baya.

Jerika: Mulang [laughs]. I have a day job, and enjoyable man siya, labi na when I think nga wa ko nag gutom tungod sa akong trabaho. But I find myself looking forward to schedules related to recording stuff for my album, because the work doesn’t feel like work at all. It’s a brief reprieve from the nightly existential dread I subject myself to.

Monica: What’s next for you? Other songs in the pipeline, perhaps?

Jerika: Yes, another single is in the works, and my debut album! January 2022, patik na na.

Curious by nature, Monica looks at the world with childlike enthusiasm—and vows to remain that way. Hardly one to beat around the bush, she prefers deep conversations over small talk and firmly believes in quality over quantity. When she’s not writing, she spends her time pursuing other interests and enjoying her moments of solitude. Otherwise, you’ll find her at her favorite brunch spots. View all posts by Monica R. Lopez →