Jude is a multi-hyphenate in the most impressive way. Host, writer, editor, radio and TV host, producer, research biologist, actress—there are so many titles attached to her name. And that’s not even including all the projects and collaborations she’s had a hand in, in one way or the other.

Truly, Jude is a handful, if you’ve ever spent time with her. Her reputation does precede her. But in meeting Jude, you’d often find that the person itself simultaneously lives up to and defies any expectations you may have had.

Jude is equal parts bubbly and serious, with an easy cleverness that translates into a sharp sense of humor. It’s amazing to think this is a woman who has achieved so much in her life—and that most of it had been an answer to her naysayers.

In fact, her degree in molecular biology and genetics was one such act of defiance. “People told me I should be in communication, and I rebelled against that. No, I want to be in the sciences,” Jude recalls.

So how exactly did Jude Bacalso become Jude Bacalso? She admits a big part of it is never acting like the smartest person in the room. “You have to start somewhere, but you have to be conscious about learning constantly.”

Jude continues that it’s important to “constantly learn at every aspect that you go into. You don’t go into any project, or any new endeavor thinking you already know everything about it. Always go into it with confidence that you know how to execute correctly, but always be open to new ideas.”

She admits though that she never would have imagined the recognition that she now enjoys. “I think I’m guilty of just taking it one day at a time, which is a survival instinct in itself. You don’t think too far into the future that you become intimated by your plans.” 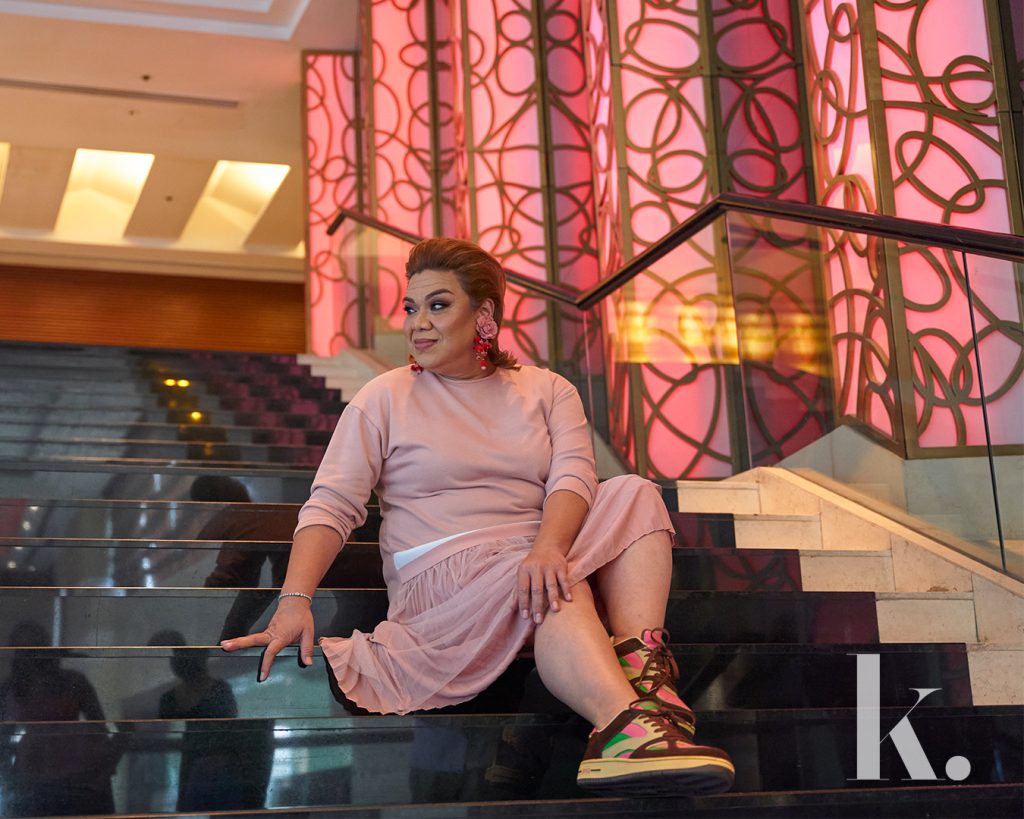 In fact, Jude recalls being amazed at the fact that people were willing to pay ₱2,500 for her to host events. Of course, through the years she’s proved to be worth the paycheck, even as the number moves a few decimals to the left.

She’s also evolved into taking on various roles in the industry, enjoying what she calls “incredibly resonant punches of successes” that sometimes bring her name and Cebu onto the international stage.

When it comes to the possibility of spreading herself too thin though, Jude reminds herself of a tenet to live by. “I want to be remembered as someone who was so good that they couldn’t ignore me.”

“I’ve always enjoyed every story that I’ve done because I like telling stories.” Jude’s words are something every writer can relate to. Though, not every writer can boast of such an impressive repertoire.

One of the more recent stories Jude had produced was a New York Times piece written by Hannah Reyes Morales. A piece on the whale shark industry in Oslob, it presented a unique perspective on eco-tourism, and what a community does to survive.

A long-time friend and collaborator, Hannah approached Jude for leads on the story—”I’m very good at pointing people in the right direction”—and they had both headed to Oslob with some prejudices in place.

“I’m always torn about the whale shark experience in Oslob because biologically it’s wrong,” Jude admits. The interactions with the people involved in the industry, however, changed both hers and Hannah’s minds.

“My take on that, really, is that should be the least of their problems. You should only be concerned about my sexuality or who I sleep with if you want to sleep with me.”

Jude was also behind a similar reshaping of minds about Cebu’s street food a few years back. A Netflix show of the same name forewent the barbecued staples, focusing instead on tuslob buwa (an aromatic stew made of pork brains) and linarang nga bakasi (soup with eels).

“What people don’t know is—they only saw me for a few seconds on the show, and they thought that was my contribution to it,” Jude says. “But the truth is I wrote the article that made them stop and say, let’s do another episode.”

The aforementioned article is a piece from Smile magazine, where Jude had written about her dining experience at Entoy’s Bakasihan. “They took what I wrote, and they ran away with it brilliantly.”

Such is the power and continuous challenge of being a writer. Being able to change minds and shape world views is not something that comes naturally to everyone. Jude has been doing it for years and has since found her own way to master the craft.

The Best of Both Worlds

It helps, of course, when your subject is something you’re deeply passionate about. In Jude’s case, it’s always been about telling Cebu’s stories from a Cebuano point of view.

“[Cebu] is always the best of both worlds. That’s what I tell them,” she answers when asked about the one thing she’d want the rest of the world to know. “One word that I’ve been using as a writer to describe Cebu—and I should stop, but I can’t—is mercurial.”

What follows is an intense conversation about the merits of Cebu. Inevitably, it might have been a bit biased, considering it was had between two Cebuanas. But all points raised were valid ones.

Cebu’s landscape is constantly changing, with something new popping up in a matter of months. We’re at once a leisure center and a business hub. What we have to offer might not be the best in the country, but God knows we are the best at selling a story. 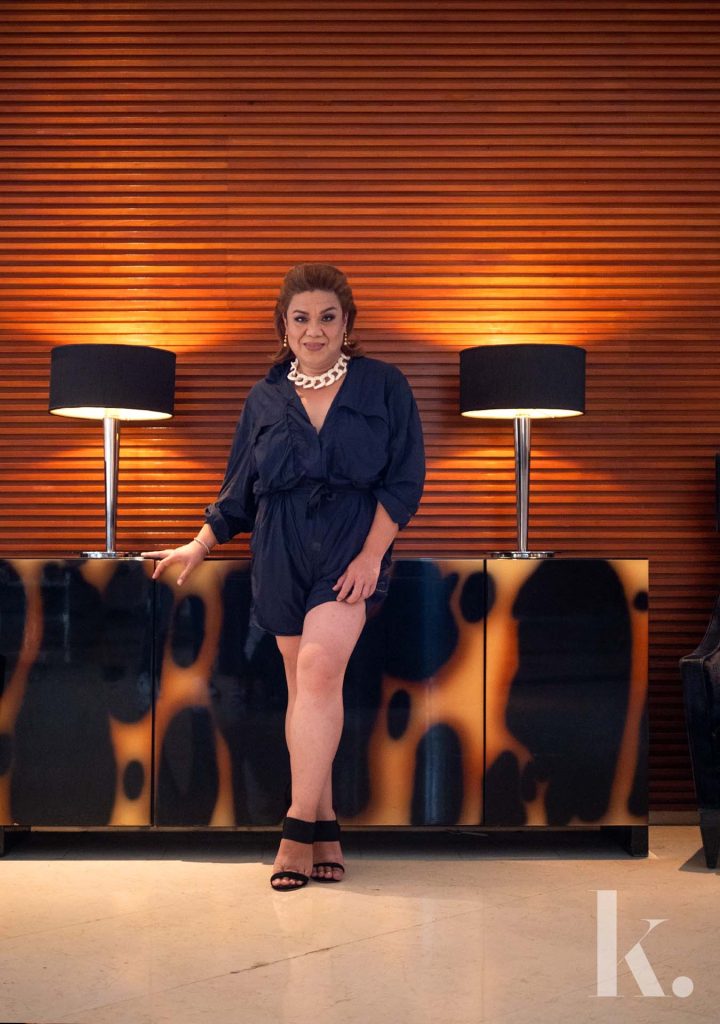 “People think that we have the best beaches but we actually don’t—but we’re so brilliant at marketing,” Jude laughs. “The world thinks we have the best mangoes, but we don’t. That’s Guimaras. But when people think of Cebu, it’s mangoes. We dried them and put sugar on them, so anytime people ate them, they would be sweet.”

All kidding aside, Jude understands the responsibility that comes with her position. “I realize that, as a travel writer, you have your preconceived notions about a destination. You go there, and you’re blown away by what you actually don’t know.”

“I want that oomph, that wow factor to remain for Cebu,” she continues. “When a traveler thinks, ‘oh Cebu, I’ve done two years ago.’ Honey, we’re mercurial. It’s new every time. It puts on a new dress for you every time you come over.”

By the way, Jude and I are totally willing to do that as a tourism campaign.

Fighting preconceived notions, unfortunately, isn’t something that Jude faces only when she’s talking about Cebu. There remain some people who contest that she is, in fact, a woman.

“I’m not invested in responding to [those people], because I actually respect the idea,” Jude shares. “But I get insulted when it comes from a place where there is a lack of respect for what I’ve done, what you see me putting an effort into. Like deliberately calling me sir when you see me in makeup and heels!” She gestures dramatically to her styled hair and ample bosom.

“At some point in our lives, if you consider yourself a woman, you become a mother. Once… you’ve nurtured someone or something, then you stop shouting against the statement that women don’t need to be mothers.”

Kidding aside, Jude educates within her own sphere of influence and tries to approach differing opinions with patience and respect. “[Take a chance and] hang around with someone of a nature you don’t understand yet, and it might change your mind,” she adds. “When you get to intimately know someone you’ve pigeonholed, it expands your heart.”

She laughs as she finishes, “My take on that, really, is that should be the least of their problems. You should only be concerned about my sexuality or who I sleep with if you want to sleep with me.”

What It Means to Be a Woman

With a hefty resume and influence that’s crossed borders, Jude Bacalso is the very definition of a woman on top. However, she believes what truly makes one a woman is their nurturing nature.

“It’s not even biological—because I don’t want to discount women who are unable to biologically nurture a child,” she says. “At some point in our lives, if you consider yourself a woman, you become a mother. Whether it’s as a fur parent, or you adopt an organization or an office. Whether you have biological children or children by choice.”

“Once you become a mother, you’ve nurtured someone or something, then you stop shouting against the statement that women don’t need to be mothers.” 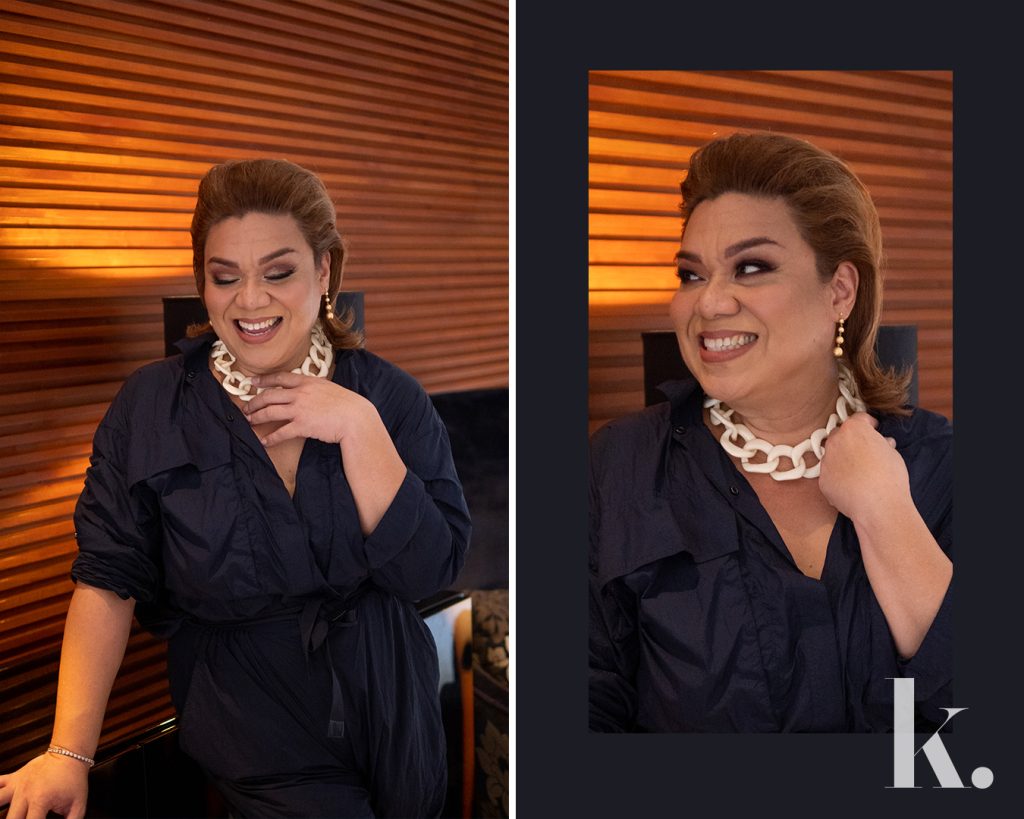 There are dozens more we could have named, all of whom were pictures of grace and influence. They’ve shaped Cebu into what it is, and Jude admits to being honored to grow up with such role models. “It’s a quiet, palpable power,” she says. “That’s one thing I’ve always observed with Cebuano power women—they’ve never been insecure in their positions. I’ve always found silent power and influence better than overt power.”

Perhaps it’s this influence that has led Jude to discover what she considers one of her favorite things about being a woman. “I love being underestimated,” she says with a smile. “Then you can come back from an unexpected position of strength. [When] you show them something that is totally opposite from their prejudices, they are not prepared. It shocks them, and you hold on to that advantage until the finish line.”

With all the barriers she’s broken and the finish lines she’s crossed over the years, it’s hard to imagine that someone as impressive as Jude Bacalso still gets underestimated. Whenever it happens though, it’s obvious that whoever makes that mistake is the one getting left in the dust.

Tags:
Jude Bacalso, Women's Month
Newer In Their Own Words: 6 Cebuana Content Creators Talk TikTok and Why They Love It
Back to list
Older Five Ways to Make Women Feel Safe in the Workplace

Shop from These Local Businesses by Girlbosses

END_OF_DOCUMENT_TOKEN_TO_BE_REPLACED

In Their Own Words: 6 Cebuana Content Creators Talk TikTok and Why They Love It

END_OF_DOCUMENT_TOKEN_TO_BE_REPLACED

Five Ways to Make Women Feel Safe in the Workplace

END_OF_DOCUMENT_TOKEN_TO_BE_REPLACED

We love a supermom!