One mundane morning four years ago, I arrived at my then workplace, and a new face greeted me a good morning with an enthusiastic smile that was borderline insane (it’s just an expression, snowflakes). It was Andre Chan and it was his first day at the office. He had crazy eyes glazed with self-awareness, and I knew right away we would get along. 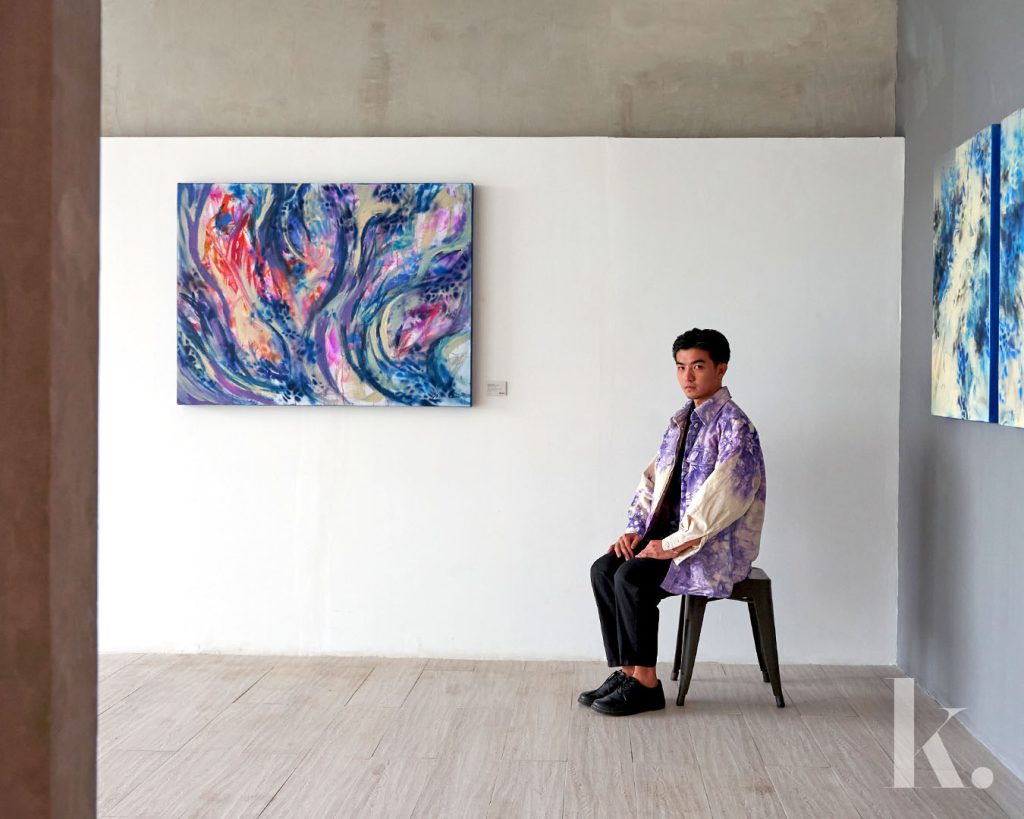 We are talking about Andre now because he has his first solo exhibition from December 2021 to January 2022 at Qube Contemporary, Qube Gallery’s new space at the Design Center of Cebu in A.S. Fortuna.

Titled “Metanoia,” this particular exhibition taps into the idea of regeneration—of living, dying, and then living again. With its roots in Shinto and Mahanya Buddhism, Metanoia also has themes of finding one’s life purpose and one’s traumas—more of this in a bit. 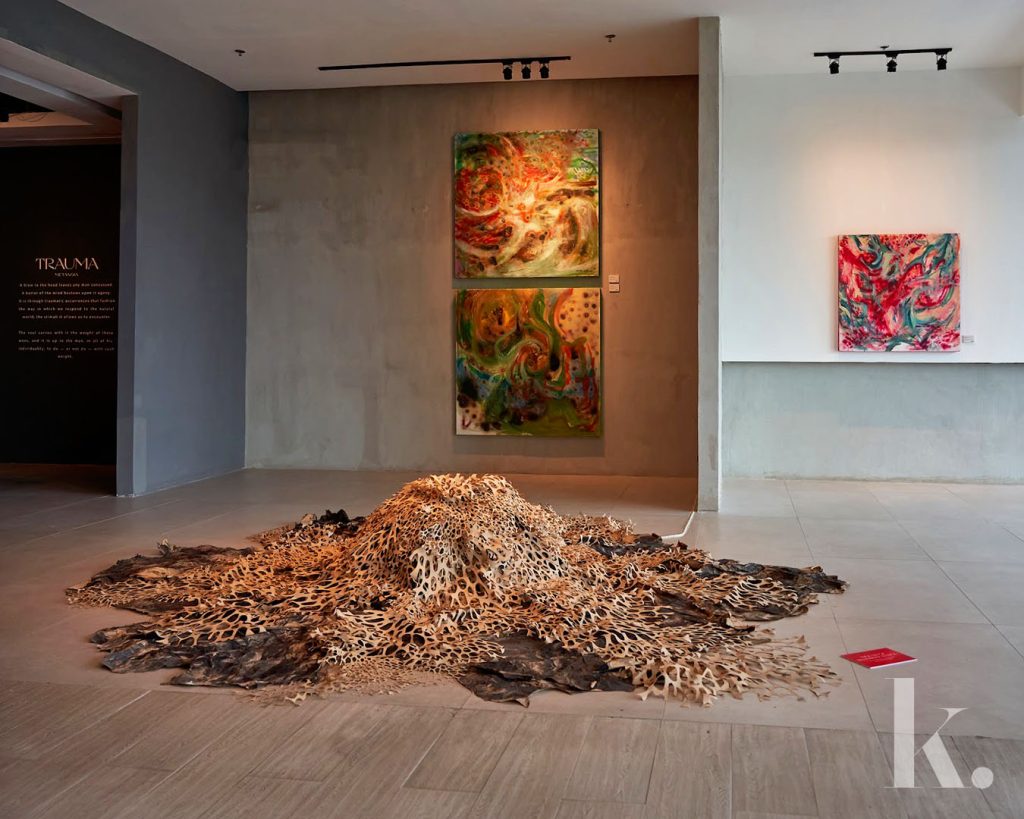 Andre’s encounter with Qube was serendipitous. “I sent Qube a proposal, and they wanted me to do a solo exhibit in two months. I was so game. I found out that they were scouting me because they saw my painting during a Louis Vuitton trunk show, but they didn’t know who the artist was,” Andre expresses. Making that first move opened the right door for him. From his first job at being a ticket clerk at a mall in downtown Cebu to becoming an exhibiting artist at a respected gallery, Andre has certainly come a long way. It just goes to show that you have to work for what you want and not just sit with your hands on your ass, waiting for things to happen. 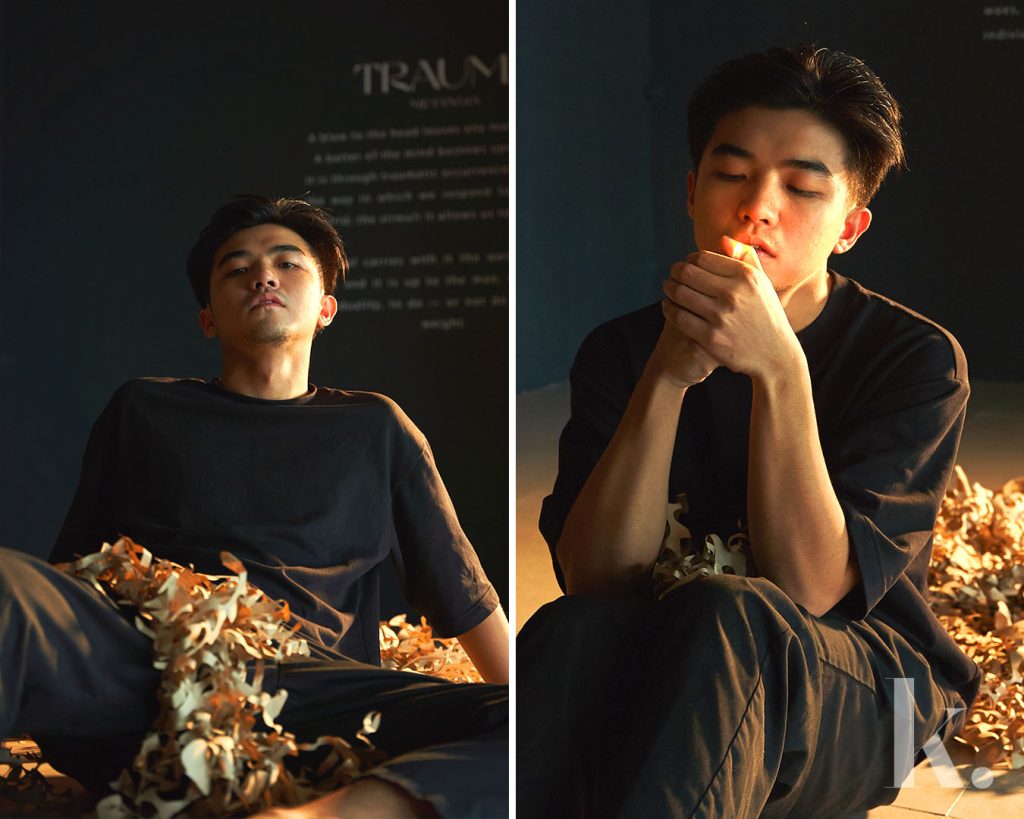 There is more to Andre than his quirky and unabashed personality as mirrored by the big, bold strokes of his paintings. He discovered his love and passion for art at three years old when he would paint and draw on the walls of his house. His mother eventually had to repaint the entire house. Through his young years of exploring this newfound passion, he also had awful experiences that wounded him.

“Follow your heart. At the end of the day, you have yourself. And with the right intentions, you will find people who will support you.” 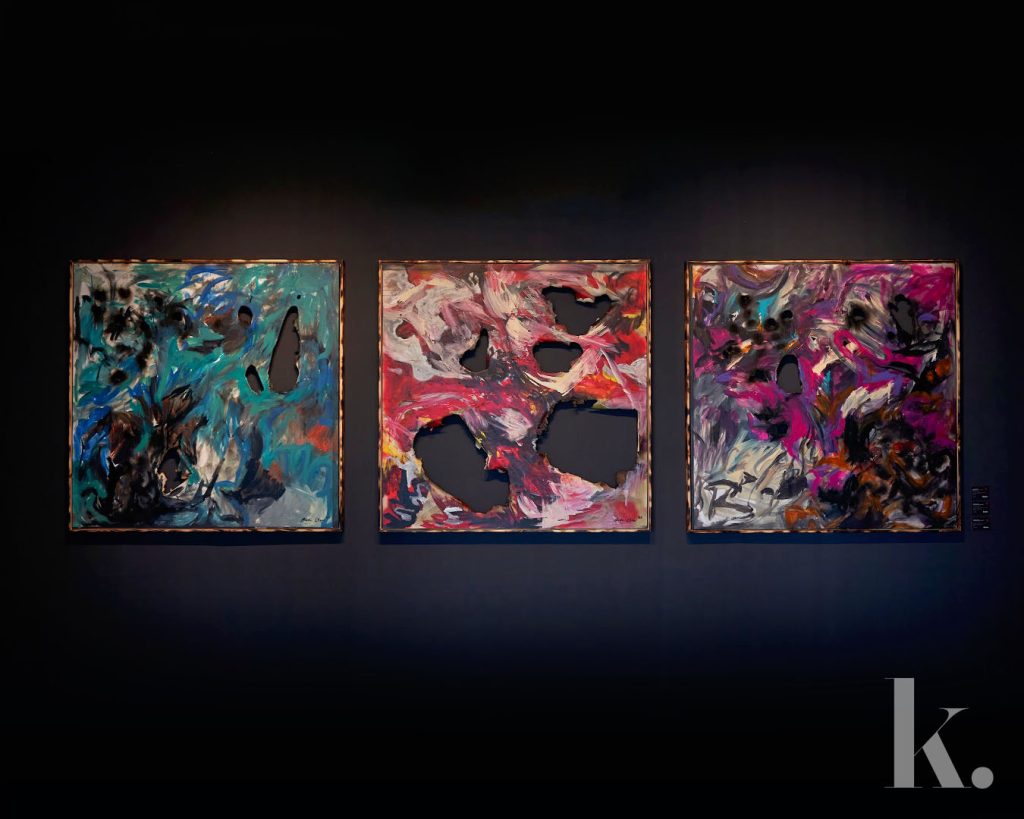 As they say, great art comes from great pain. For Andre, his well of inspiration is a dark one that digs deep into his childhood. The emotional, verbal, and physical abuse he received from his father growing up embedded a wave of anger in him that he uses as fuel for his work. “I am not afraid of expressing this because this is all true, and should not be tolerated in any home. Maybe this is where my anger comes from. I can’t forget it. This irks me. This fuels me. It is an annoying feeling. I’ve got no other outlet of expressing but through painting,” Andre confesses. 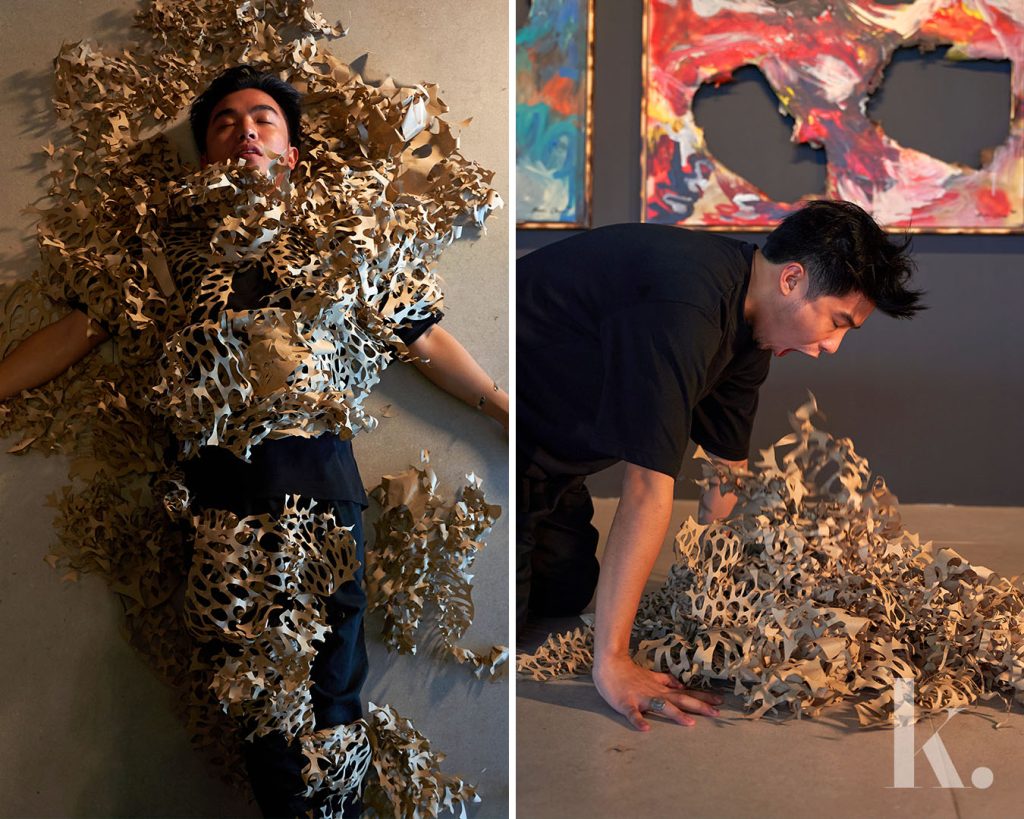 He has also said, “I’d rather get angry than depressed. Depression makes me not do things.” Because of this, he has been called “Angry Chan” by a few friends. However, thankfully, Andre says he is slowly healing through art, meditation, and natural happy pills that definitely can’t be purchased at capitalist pharmacies (insert peace emoji here).

This colleague turned friend of mine has reached milestones and touched lives despite the obstacles he’s been through. He offers art classes for anyone interested. Much like a nomad, he holds his classes in unconventional locations like the mountains, open fields, and sometimes, his studio. According to Andre, his art sessions are more of spiritual retreats and opportunities for his students to open up and be heard. Most of us just need someone to listen, and Andre does his best to be that person for his students. He has also been delving into tarot card reading recently, which he uses simply to communicate with others. For Andre, these tools are an outlet for the subconscious, and a healthy way to break barriers and connect with people. 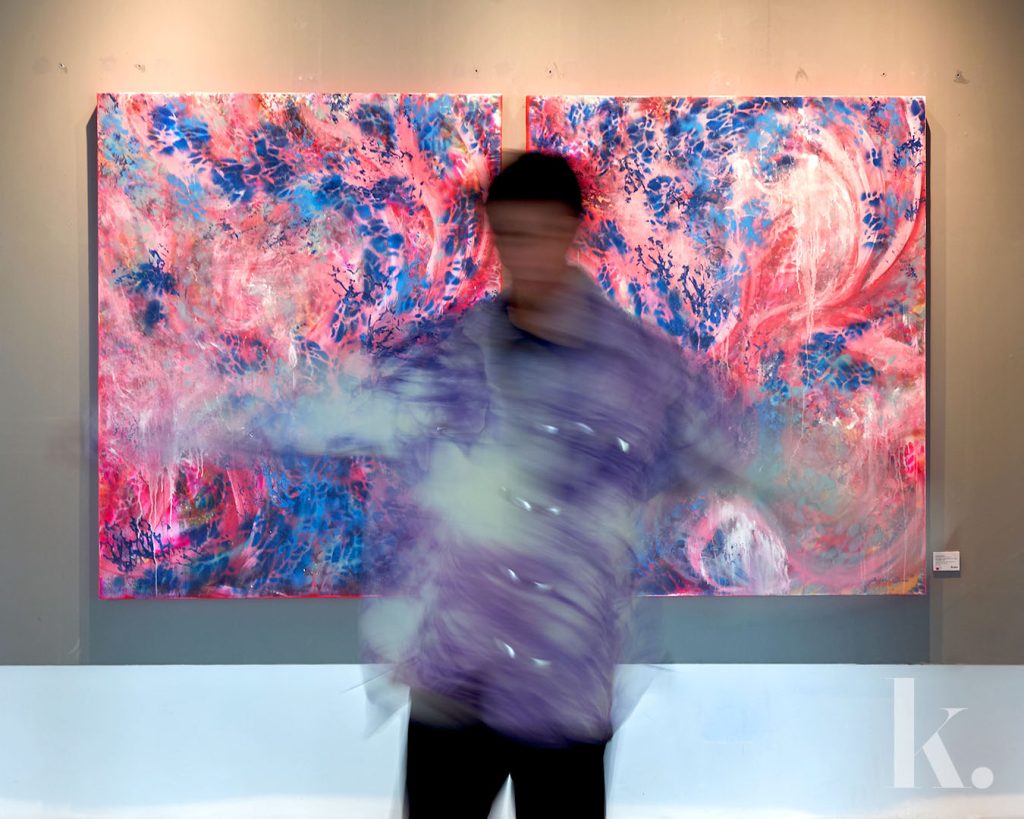 Along with his friends and former colleagues, Andre also spearheaded a water donation drive for Cebu to recover from Typhoon Odette. All in all, they were able to collect 65,000 liters of drinking water for 32,500 Cebuanos.

As a multidisciplinary artist, it’s always been Andre’s goal to be a successful one. To him, this means living your truth, no matter what. To younger people finding their way, Andre advises, “Follow your heart. At the end of the day, you have yourself. And with the right intentions, you will find people who will support you.”

When asked how he wants people to perceive Andre Chan, he responded with, “I want to be perceived as an idea, not a person.” Make of that what you will. That’s Andre Chan for you. 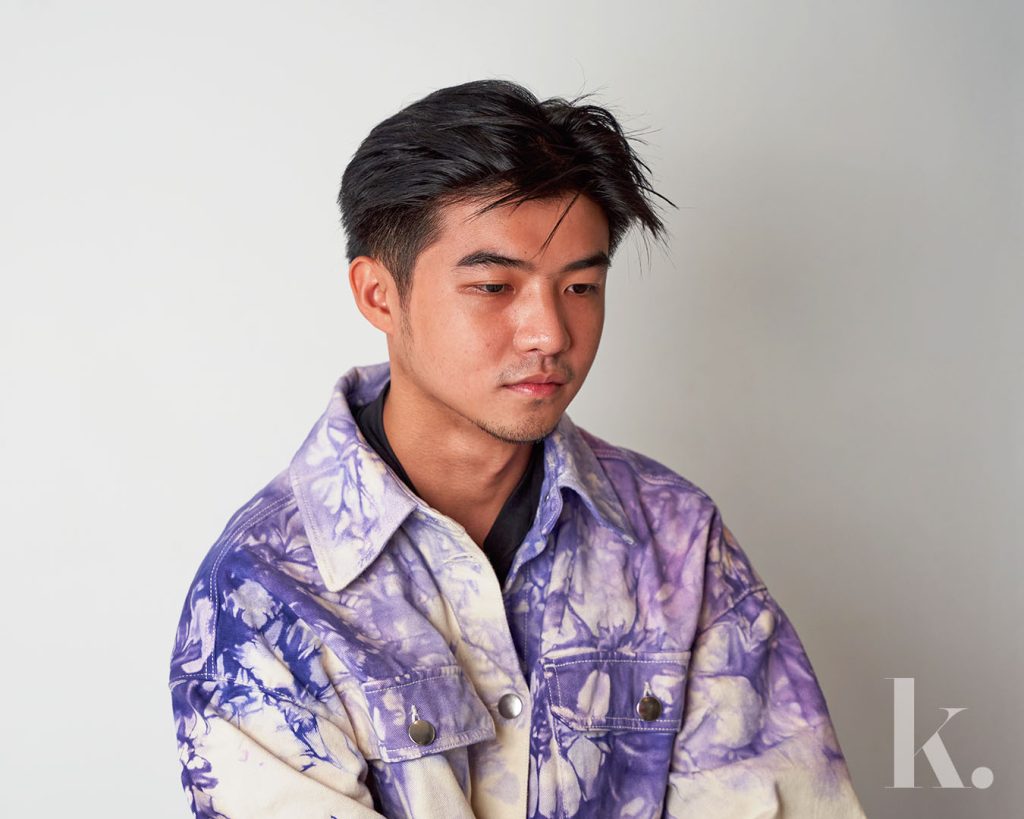 Tags:
Andre Chan, Qube Contemporary, Qube Gallery
Newer Learn The Ways Of The Zero-Waste Journey—And If This Is Something You Can Commit To
Back to list
Older Why You Need Pantone’s Color of the Year In Your Life

The art of collecting art.

END_OF_DOCUMENT_TOKEN_TO_BE_REPLACED

Yxandro Romualdez Takes Back The Night With ‘Midnight Society’